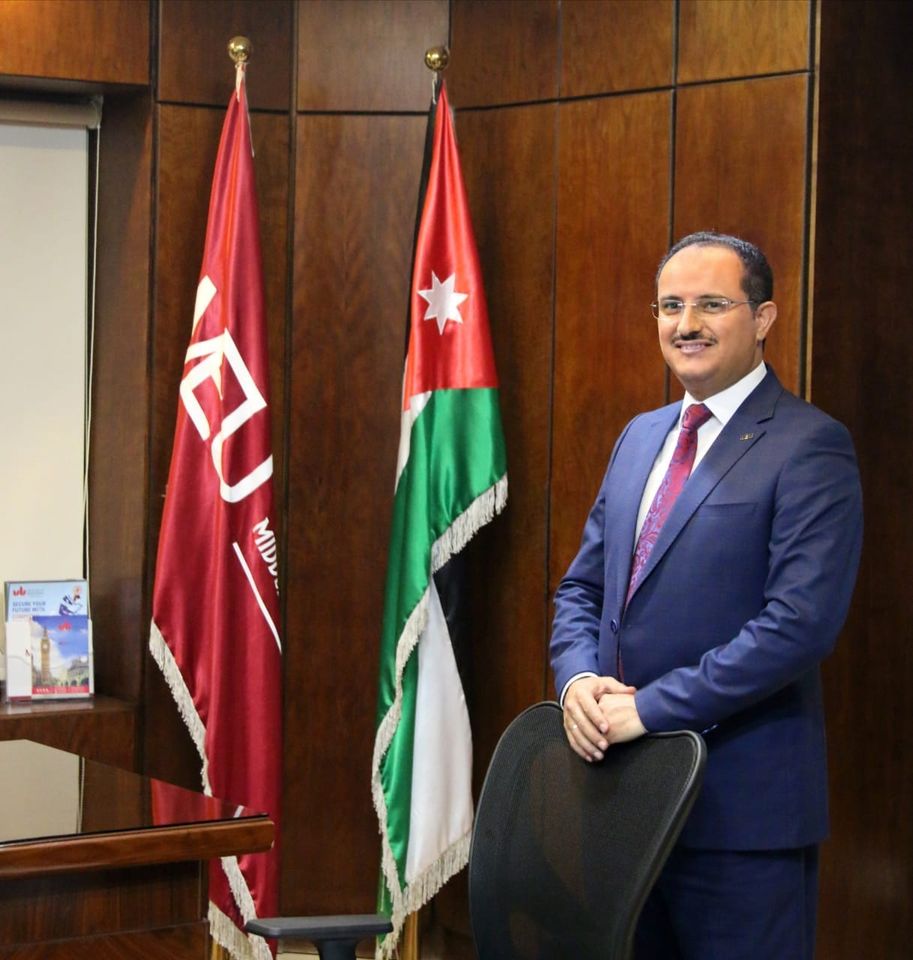 AMMAN – The Higher Education Council decided to appoint Prof. Ala’aldeen Tawfiq al-Halhouli as the University President for a four-year term, upon the recommendation of Middle East University’s Board of Trustees.

Prof. al-Halhouli holds a BSc in Mechanical Engineering from Mu’tah University (1999), and is the proud recipient of both an MSc and a PhD in the same major from the University of Jordan (2001-2007). He boasts a Habilitation in Microfluidics from the Technische Universität Braunschweig (2013), and is currently a professor of Mechanical Engineering at the German-Jordanian University and a Guest Researcher and Privat Dozent at the Institute of Microtechnology at the Technische Universität Braunschweig.

Prof. Al-Halhouli has special interest in customised electromechanical systems and their design, simulation, fabrication and testing. He conducted innovative research projects on the development of novel microfluidic-based platforms, the fabrication and characterisation of autonomous nicrorobots, and the use of nano-particles for future energy.

Prof. al-Halhouli is known for a long and rich career, crowned with his experience as a Research Associate and Lecturer at the Institute of Microtechnology (IMT) at the Technical University Braunschweig (2007-2013), and as a Visiting Scholar at the Massachusetts Institute of Technology (MIT) (2014). He then moved to fill the position of an Associate Professor at the German-Jordanian University, to later progress his career by being appointed as the Dean of Applied Technical Sciences for the years 2016-2018, the Dean of Applied Humanities and Languages in 2019, and as an Exchange Coordinator for a year in Germany.

Prof. al-Halhouli is the founder of the Nanolab at the German-Jordanian University, and currently leads several R&D projects with national and international colleagues and companies. He fosters young graduates and trains them on the employment and application of the latest research technologies in microfluidic sciences in the medical field.

Prof. al-Halhouli was hosted in several discussion sessions on engineering, biological and educational sciences. He received a number of scholarships and awards, including the DAAD Scholarship, The Best Paper Award in the First Graduate Studies Research Conference (Amman, Jordan – 2008), The Cray Award for the best published paper in Microtechnology/Microsystem technology (Braunschweig, Germany – 2007), and the German Jordanian University Distinguished Researcher Award (2014).

Prof. al-Halhouli formed an integral part of many committees and councils. He was member of the Appointment and Promotion Committee (GJU), the Research Council (GJU), and the Student Affairs Committee (GJU). He is currently a member of the Industrial Scientific Research and Development Fund Council at the Higher Council for Science and Technology, and a member of the Editorial Board of the Journal of Advanced Thermal Science Research. He was responsible for organising a number of conferences, workshops and discussion sessions, and led the GYA group: Young Scientists Mobility and Migration: Action against the Brain Drain (2013-2015).

In 2019, he was appointed at Middle East University as a Research Advisor then as the Vice President for Scientific Faculties and the affairs of the Deanship of Scientific Research and Graduate Studies, the Deanship of International Programmes, and the Innovation and Entrepreneurship Centre. He is member of the Middle East University Council and the Appointment and Promotion Committee. He is the Chairman of the International Programmes and Cooperation Council, the Faculty Preliminary Disciplinary Board, the Advisory Board of the United Nations Institute for Training and Research (UNITAR) , and the International Rankings and Accreditations Team.