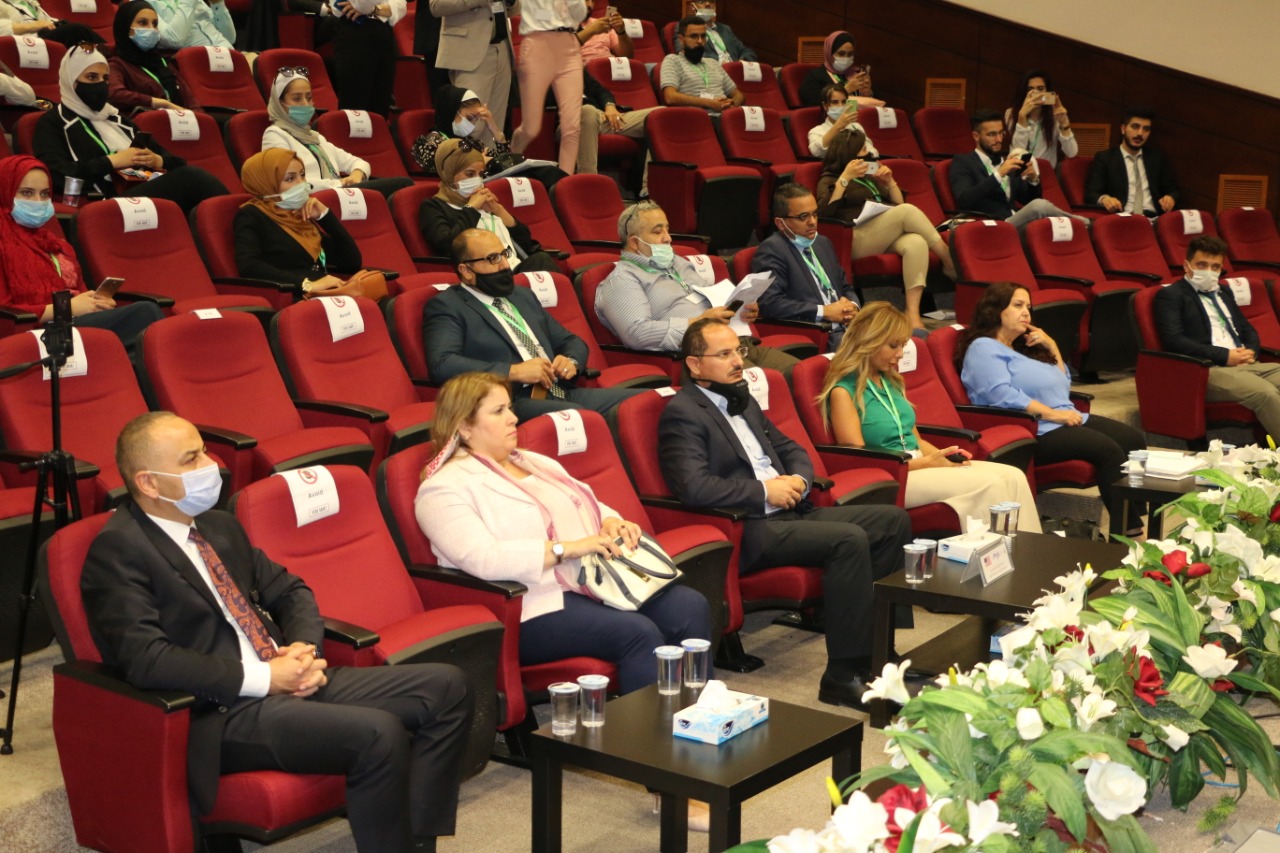 The final round of debates was attended by the MEU President, Prof. Ala’aldeen al-Halhouli, accompanied by his vice presidents; the CEO of AWLN, Ms. Samah Marmash; MEPI Specialist at the U.S. Embassy, Ms. Ruba Matarneh, MEU deans, and the teams’ supporters.

The final round of debates took place between the supporting Al al-Bayt team and the opposing al-Zaytoonah team. The debate was titled ‘The Council Believes Current Jordanian Legislations to Cover All Acts of Harassment’. Based on the jury’s votes, the supporting Al al-Bayt team came ahead of its opposition to win the National Debate Tournament Cup, with a total of 73% points to 72.3% points.

Prof. al-Halhouli handed the tournament’s cup to the winning team and certificates of appreciation to all participating members. He also granted speaker Sujood Omran from the Al al-Bayt University team the tournament’s Best Speaker Award.

MEU, represented by the Faculty of Law, recently signed a memorandum of understanding with AWLN, specifying the exchange of academic and research expertise and allowing the two parties to work on points of mutual interest.