Dr. Nasereddin after his Meeting with King: I Suggested Opinions for a Second Centennial Strategy 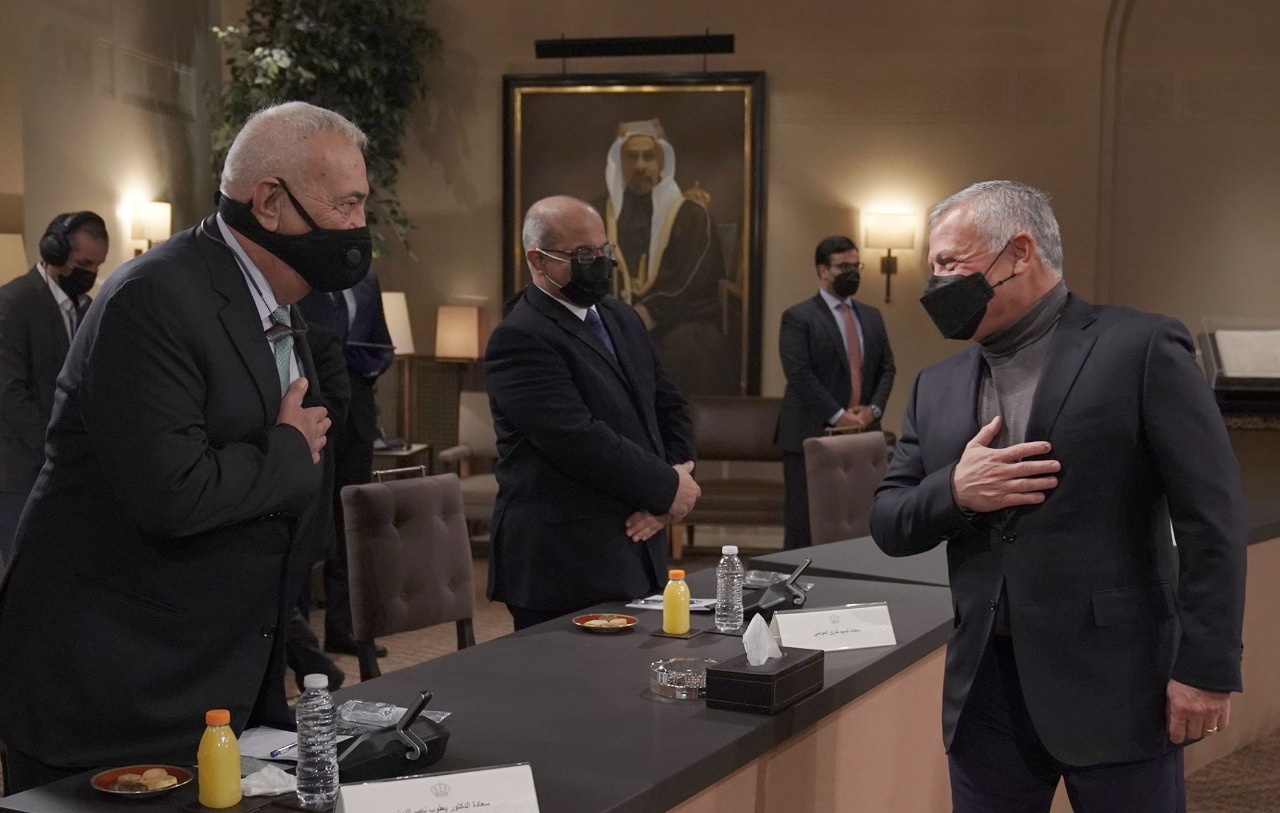 The Chairman of Middle East University’s Board of Trustees Dr Yacub Nasereddin met with his Majesty King Abdullah II bin Al-Hussein yesterday in Al-Huseiniya Palace, along with lead representatives from various sectors.

On his Facebook page, Dr Nasereddin, stated having suggested opinions regarding the necessity of drafting a new philosophy on which a comprehensive strategy for approaching the objectives of the second centennial can be built, alongside with other proposals for the advancement of the education sector.

Dr Nasereddin also expressed having felt proud after his meeting with his Majesty King Abdullah II bin Al-Hussein, in the presence of his Royal Highness the Crown Prince Al-Hussein bin Abdullah. This meeting was part of a series of meetings his Majesty held with Jordanian figures.