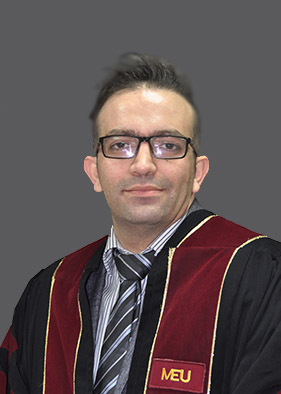 AMMAN – Dr al-Mutasim Mohammad Tayseer Darwish, a researcher and professor at Middle East University’s Faculty of Engineering, authored a research article titled ‘New hourly extreme precipitation regions and regional annual probability estimates for the UK’, which was approved for publication by the International Journal of Climatology, a peer-reviewed scientific journal publishing research in the field of Climatology.

In his article, Dr Darwish predicts regions of heavy rainfall in the UK using rainfall data and the related hourly readings. He turned to new regions to obtain accurate estimates of the expected rainfall for different periods of time. These new regions provide a practical, inexpensive and accurate alternative to weather prediction software, and are distinguished by their ability to predict precipitation in areas that lack rainfall records.

The International Journal of Climatology is an international journal specialising in weather and climatology. It is categorised within the first quartile (Q1) of the journals covered by Scopus.