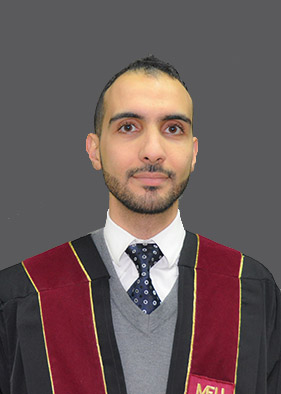 AMMAN – Dr Ismael Mahmoud Isleem, faculty member and researcher at the Faculty of Engineering, authored a research paper titled [a hybrid system composed of a solar chimney and solar cells for generating electricity and desalinating water]. The research paper was approved for publication in the Scopus-covered Sustainable Energy Technologies and Assessments journal, adding to the University’s distinct research record and output.

The researcher attempted to alter the traditional solar chimney system, in the aim to enhance its economic feasibility. He tried to add solar panels to the system in order to increase its ability to produce electricity, and attached a water pool to cool the added solar panels. He also succeeded in engineering the system to produce distilled water, and set a mathematical model to determine the feasibility of both the traditional and altered systems.

The researcher found that the cost to produce fresh water amounts to 1.60 dollars per cubic meter, which is 46.3% less than the cost to produce the same amount using other similar systems. Moreover, the economic indicators for the suggested system show a relative advancement compared to the traditional solar chimney system.

The Scopus-covered Sustainable Energy Technologies and Assessments journal specialises in the sources of renewable energy and related sciences.