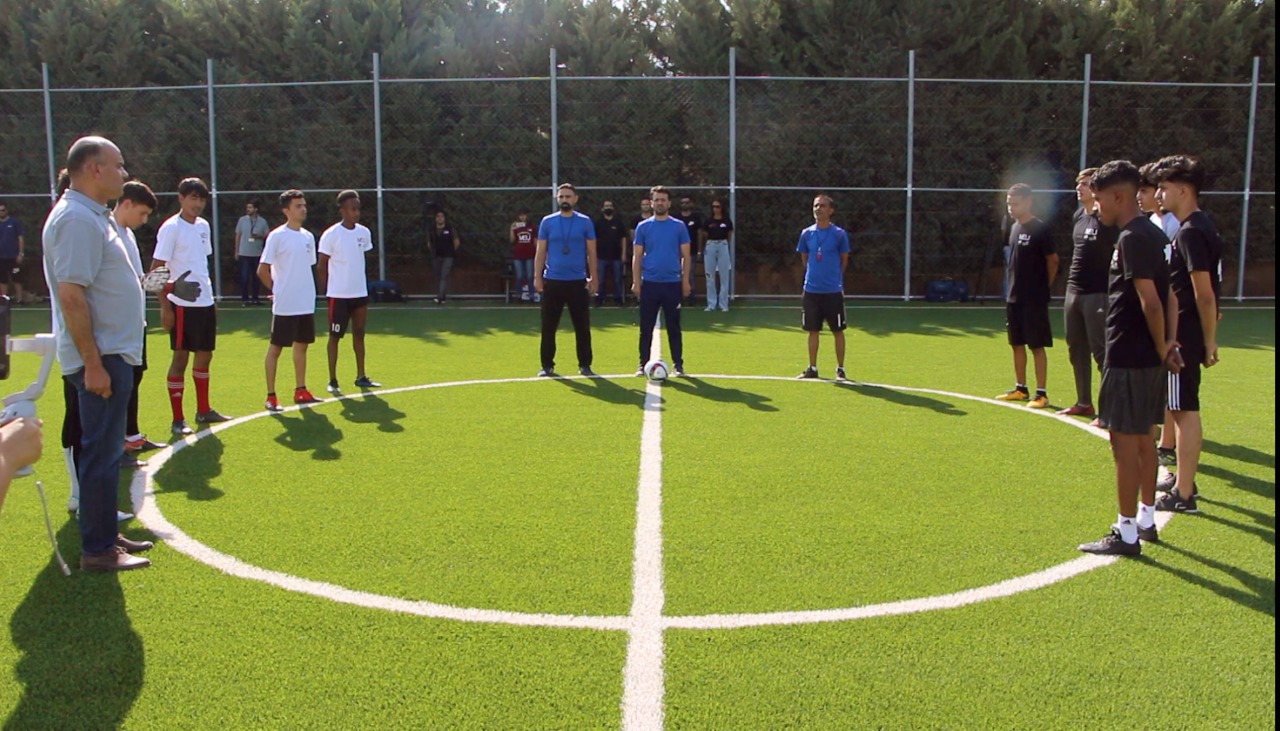 The tournament was inaugurated with the Royal Anthem, followed by a speech delivered by the Dean of Students’ Affairs where he welcomed the players, the judges, and the audience. He emphasized MEU’s investment in supporting all kinds of sport activities, before announcing the first match.

Tournament matches are overseen by judges Salah Abu Jaafar, Mohammad Al-Zyood, and Maan Al-Alaween, who are administrating the single-elimination tournaments since inauguration up to the finals.

The football tournament is taking place during the period from 7 to 14 August, marking the first time MEU organizes a tournament on the Kingdom’s level since the outbreak of Covid-19.

The tournament is being hosted within serious health measures that were imposed on all the participating teams and the audience to ensure the safety of all attendees.