MEU Organizes a Visit to the Community Peace Center 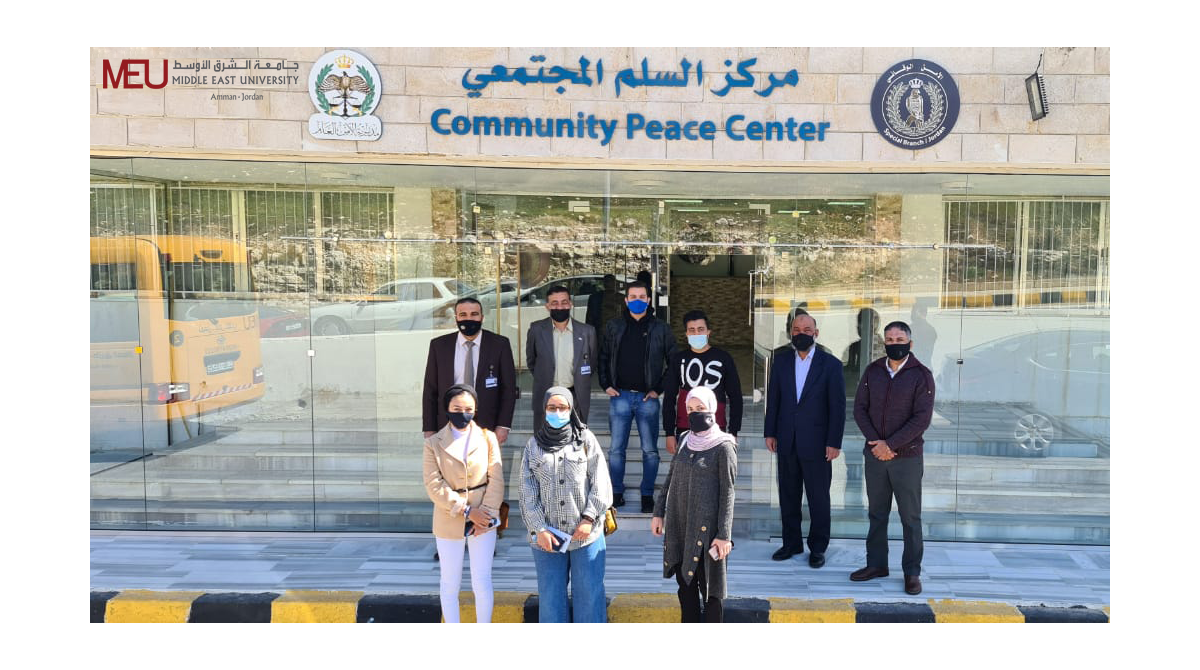 As part of the celebrations of the Second Centennial at MEU, the Deanship of Students Affairs organized a visit to the Community Peace Center at the Public Security Directorate (CPC/PSC) with several MEU students, with maintaining public safety measures.
The delegation was received by Lieutenant-Colonel Riyad Al-Btoosh, Director of the Centre, and several personnel, and was briefed about the duties, activities, and programs conducted at the CPC through an introductory lecture given by Major Mohammad Abu As-Sukkar. The visit was concluded in an introductory tour around the facilities of the Center. This visit, which demonstrates MEU’s keenness to foster its cooperation with CPC/PSC, is also part of the special cooperative relationship between the two entities, acknowledged by the Director of the CPC at the end of the visit. He also lauded MEU’s effective engagement with other public entities.