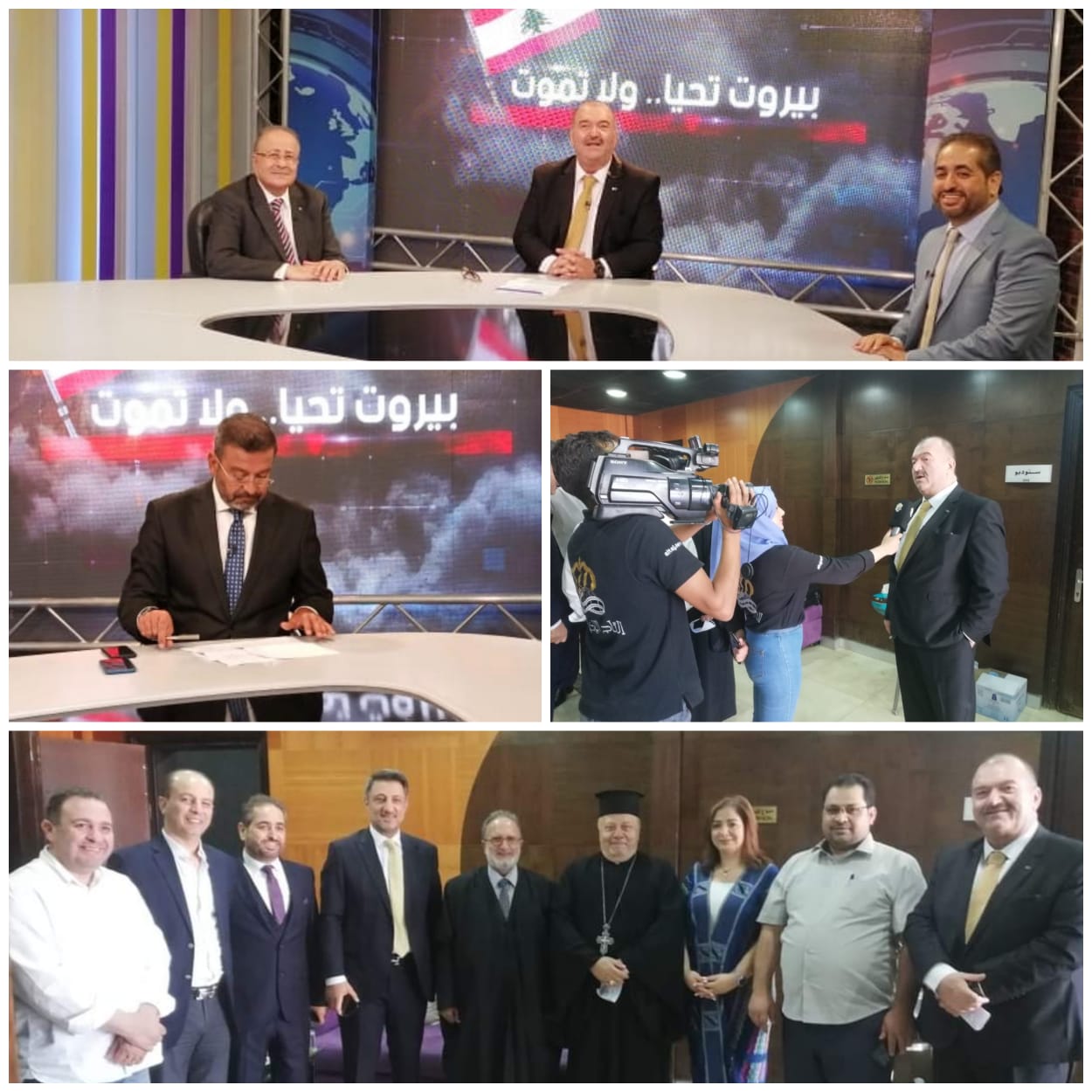 AMMAN – The General Union for Arab Producers launched an initiative titled ‘Beirut Lives On’ in solidarity with the Lebanese capital, now a disaster area, which witnesses massive devastation caused by the major explosion that hit its streets and neighbourhoods earlier this August. The initiative was planned in cooperation with the Jordanian Red Cross, and was moderated by an elite of Middle East University’s media persons. It was aired live on 20 Arab TV stations for six hours straight.

The initiative, which aired from the Jordanian-Saudi Co. for Satellite Broadcasting (JASCO), was moderated by the Assistant to the President for Community Services, Dr Saleem Sharif, accompanied by Dr Hani al-Badri, who is a well-known media person and a faculty member at the Faculty of Media. The live show also saw the appearance of Jordanian artist Ms. Amal al-Dabbas; while a number of Jordanian and Arab political, religious, and media figures were hosted.

The initiative entailed launching donation campaigns to support our fellow Lebanese citizens who lost their homes and businesses¾even loved ones¾, and to help aid the construction efforts being carried out around the wrecked city.