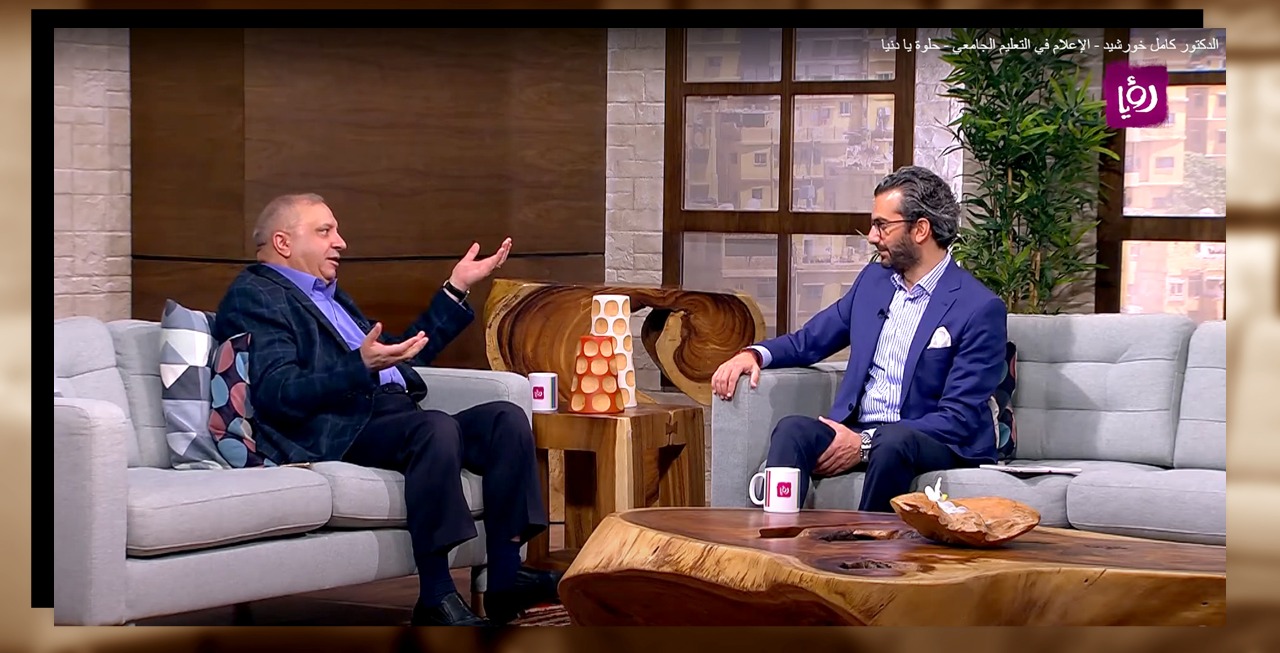 AMMAN – Dr Kamel Khorsheed, faculty member at Middle East University’s Faculty of Media, said in his interview on the morning show ‘Helwa Ya Donya’, aired on Ro’ya TV, that the University was the first academic institution in Jordan to offer the Digital Media programme last year. He added that the decision was made due to the rapid expansion of the modern communications revolution.

Dr Khorsheed elaborated on the vital role digital media plays in our modern era, compelling all Jordanian universities to keep pace with its development. He highlighted MEU’s efforts to employ all available communications technologies to recruit students on and off campus. He also touched on the University’s endeavour to become a smart and digital university, with an infrastructure based on smart technologies, in order to provide a more interactive educational experience.

Dr Khorsheed introduced MEU’s electronic registration system and its plans to employ further modern technologies in its operations. He also gave a walk-through of the registration process at the University, and explained that paper proceedings and documents were replaced with iPads.

Dr Khorsheed boasts a distinct academic and administrative experience that extends to four decades. He filled media, academic and diplomatic positions during his life in Iraq.