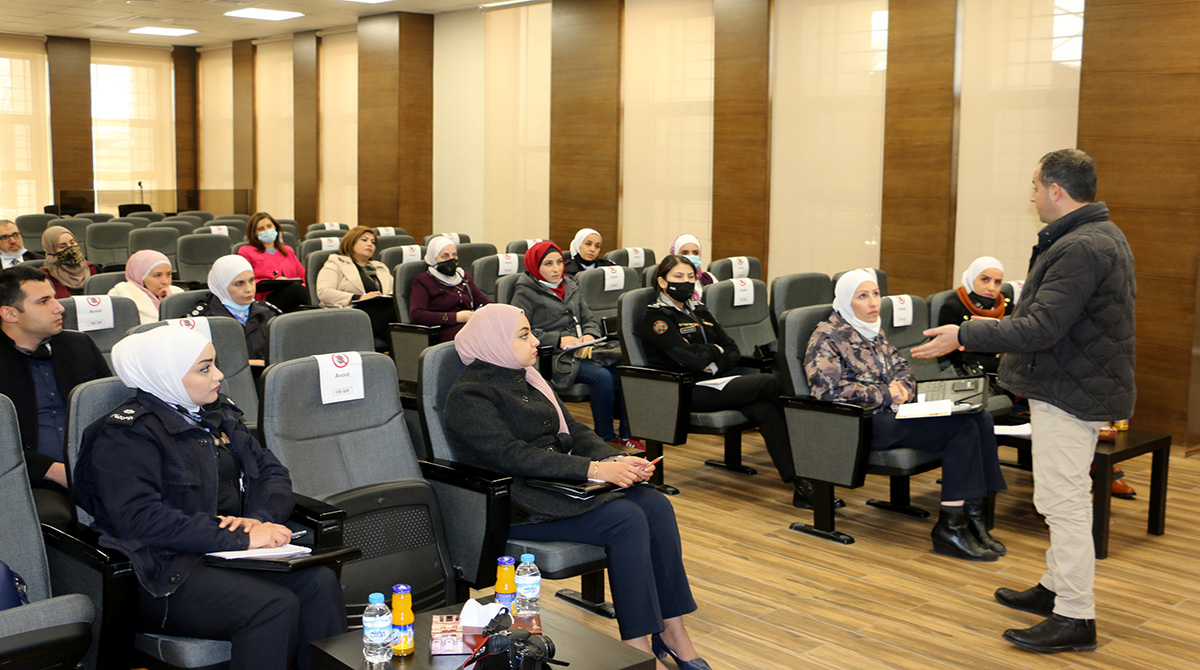 MEU concluded today Tuesday a workshop on Women’s Role in Confronting Extremism, organized in cooperation with the Community Peace Center at the Public Security Directorate and the Australian Federal Police.

The first training session was given by First-Lieutenant Ibrahim Zraiqat, who discussed the Role of Community-Based Organizations in Achieving Community Peace. He spoke about axes such as achieving justice and peace within the community, fostering the values of tolerance and constructive dialogue, confronting the culture of extremism and violence, and dispersing the culture of coexistence within the community.

The second training session was given by Second-Lieutenant Usaid Al-Khalidi, who discussed the strategies that extremist groups use to promote their activities and recruit the youth using social media; by hacking into accounts and using them for advertisement. He pointed out that in light of modern technological developments, it is now more important than ever to confront this phenomenon.

First-Lieutenant, Sanad Barseeq, discussed during the third session Recruitment Stages and Protection from e-Recruitment, stressing the importance of being cautious of suspicious accounts on social media.

Towards the end of the workshop, member of the Faculty of Law at MEU, Dr. Ayman Al-Rufua, pointed out the role that mass media plays in confronting extremist ideologies and violent extremism, since media has become the most influential power in the lives of the youth and in the community in general. This is where mass media becomes important in confronting intellectual extremism.

The workshop was concluded by a lecture by Captain Mohammad Rubeihat on extremist groups and how women and children are persuaded into recruitment, in addition to the scope of law in confronting extremism.