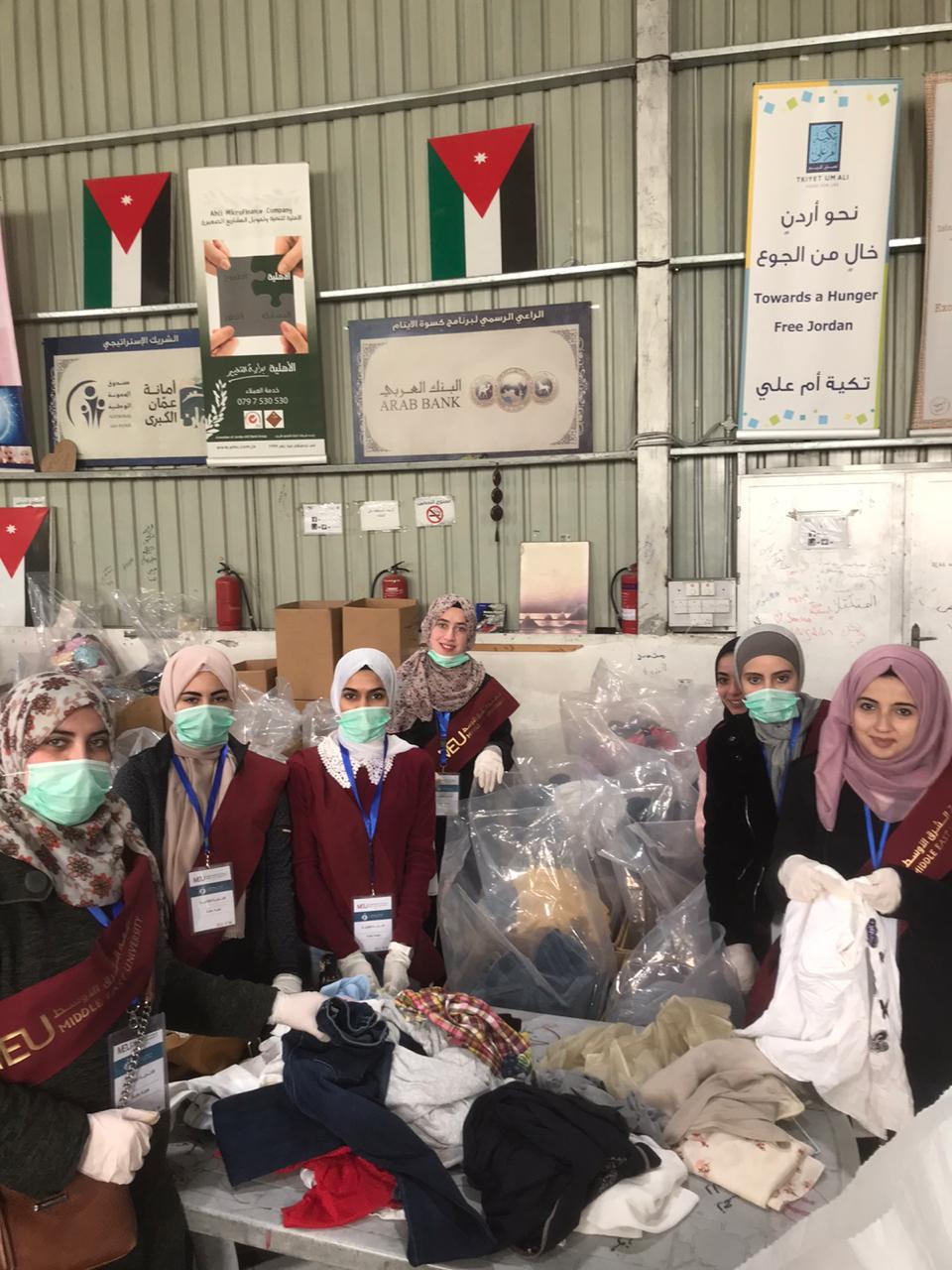 AMMAN – The Deanship of Student Affairs’ Volunteer Work Club at Middle East University announced the end of the “Season of Giving Back” campaign, which was organised in cooperation with the Jordan Hashemite Charity Organisation and the Charity Clothing Bank for a sixth year.

Mr. Nouraddin Al Amawi, the Head of the Department of Student Activities, stated, “The two-week campaign allowed us to gather donations in various forms, including money, clothing, and food. The donations were delivered in charity packages to families in need.” He went on to add, “We highly appreciate our students, faculty members, administrative staff, and local community for their quick and generous response to the campaign’s mission of helping the less fortunate be better prepared for the winter.”

Similar activities are carried out by student clubs at MEU, and aim to bridge the gap between the University and its local community. MEU’s philosophy revolves around establishing means of communication with others in our community to find the best ways to serve our society.