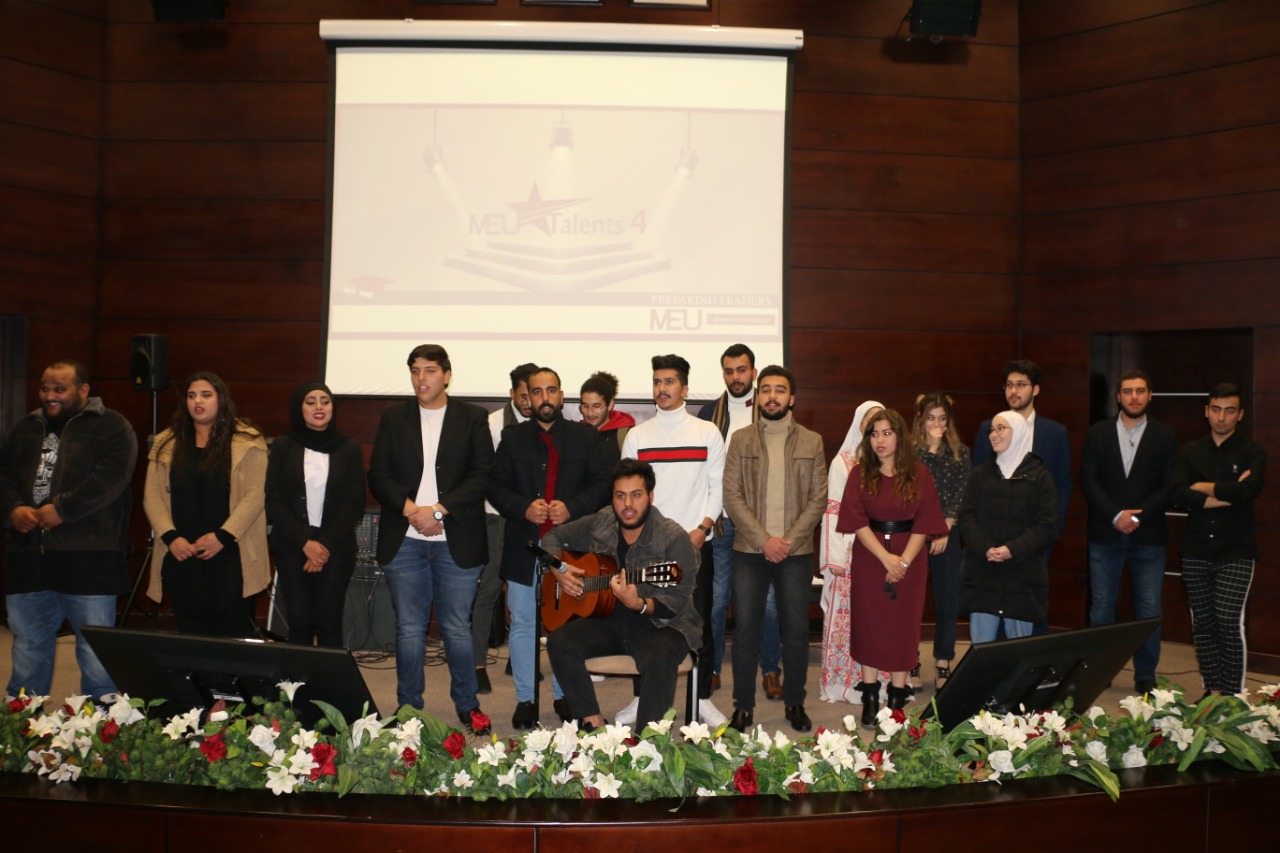 AMMAN – Middle East University celebrated its talented students as they took to the MEU auditorium stage to compete during the fourth annual MEU Talent show. This annual event allows MEU to encourage students to undertake creative initiatives and support their various talents.

This year’s acts included singing numbers, acting numbers, and a variety of musical performances. Moderated by Mr. Mohammad Al Shayeb, the Director of the Student Recruitment Centre, the event was attended by a number of faculty members and administrative staff, as well as a huge crowd of students.

The winner of this year’s MEU Talent show was student Mohammad Al Najjar, who gave an impressive live drawing performance. Student Osama Saber, who dominated the stage with a rap performance, came in second place. And student Adam Didan came in third for mesmerising the crowd with a touching piano performance.

This year’s judges were Dr. Ma’moun Al Hunaiti, the Dean of Student Affairs, Dr. Ashraf Al Manaseer, the Director of the Training and Media Centre, and Dr. Amani Mahmoud, the Director of the Counseling and Psychological Services Centre. The judges praised the talented students for their skillful performances and competitive spirit, and expressed the importance of supporting students who are interested in exploring their creative abilities, which MEU believes are as important as academic skills.

The participating students expressed their gratitude and thanked the University for giving them the opportunity to put their talents on full display.