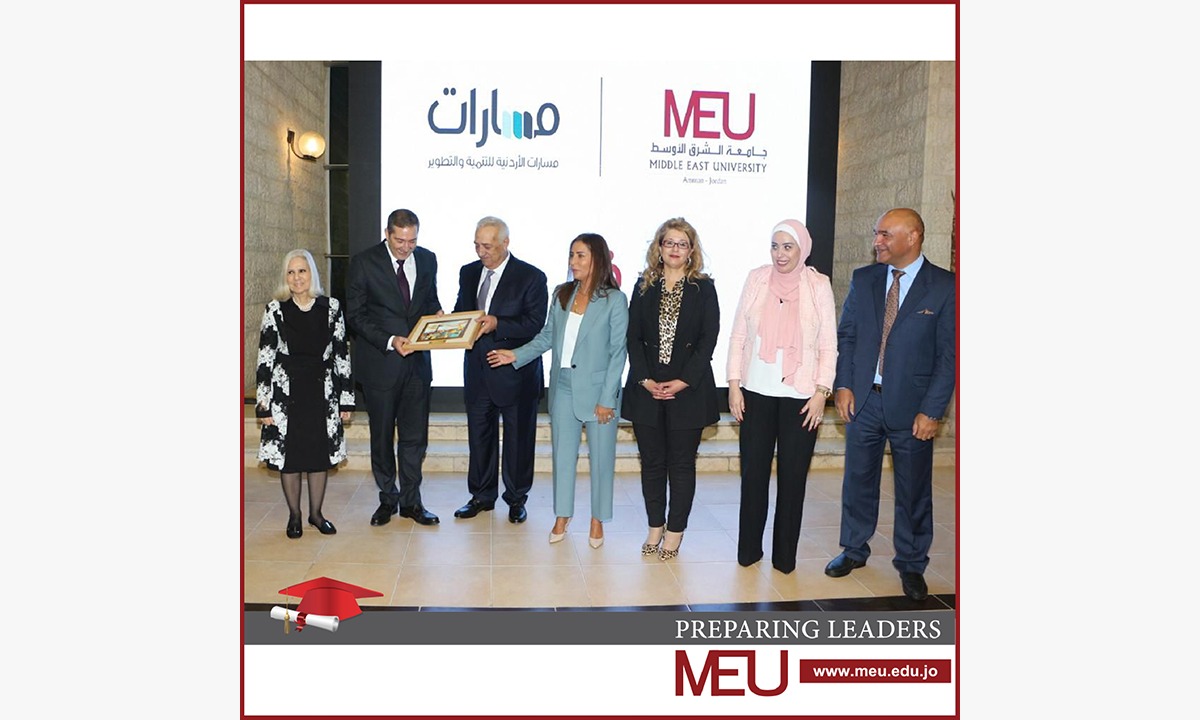 During the inauguration ceremony of the Middle East Masarat Center for Women Leaders, the Chairperson of the Royal Committee for Modernizing the Political System Mr. Samir Al-Rifai said that the royal message by virtue of which the branch committees were formed affirm the importance of women’s roles in the public life and the importance of enabling women to have an effective participation in the political, parliamentary, partisan and municipal life.

The inauguration is the fruit of signing an agreement between MEU and Jordanian Masarat, which aims to prepare women leaders in both the public and the private sectors. Al-Rifai stressed that the recommendations issued by the committee confirm the importance of parties in the political and parliamentary lives. He also pointed out to the important role universities play in creating a political environment, and that the committee’s recommendations focus on empowering the youth and women to have a key role in the political process and in public life.

For his part, Dr. Yacoub Nasereddin, Chairman of the Board of Trustees at MEU and member of the Royal Committee lauded the efforts of different national institutions in responding to the political life being activated by virtue of the clear directions of His Majesty King Abdullah II bin Al-Hussein. He pointed out that the members of the Royal Committee were very cooperative and willing to have a positive dialogue about such issues. He also assured that inaugurating the center represents a practical response to the efforts being taken to empower women.

This was further affirmed by Jumana Ghnaimat, former Minister of State for Media Affairs, as she stressed the significance of this partnership and the importance of having women take a leading role in leading and building the next generation of the Jordanian state. The Royal Committee’s recommendations are one step further in moving towards that goal, she added.

For her part, Dr. Haifaa Abu Ghazaleh, Chairperson of the Board of Trustees of Middle East Masarat Center for Women Leaders who was also present expressed her vision of expanding the center’s work to regional and international levels. She added that it is important to create a system to foster cooperation in training women leaders across the region.

The ceremony was attended by several members of the parliament, academic and political personalities, members of the Royal Committee and women activists.