Dr. Nasereddin Meets with Members of the JBA 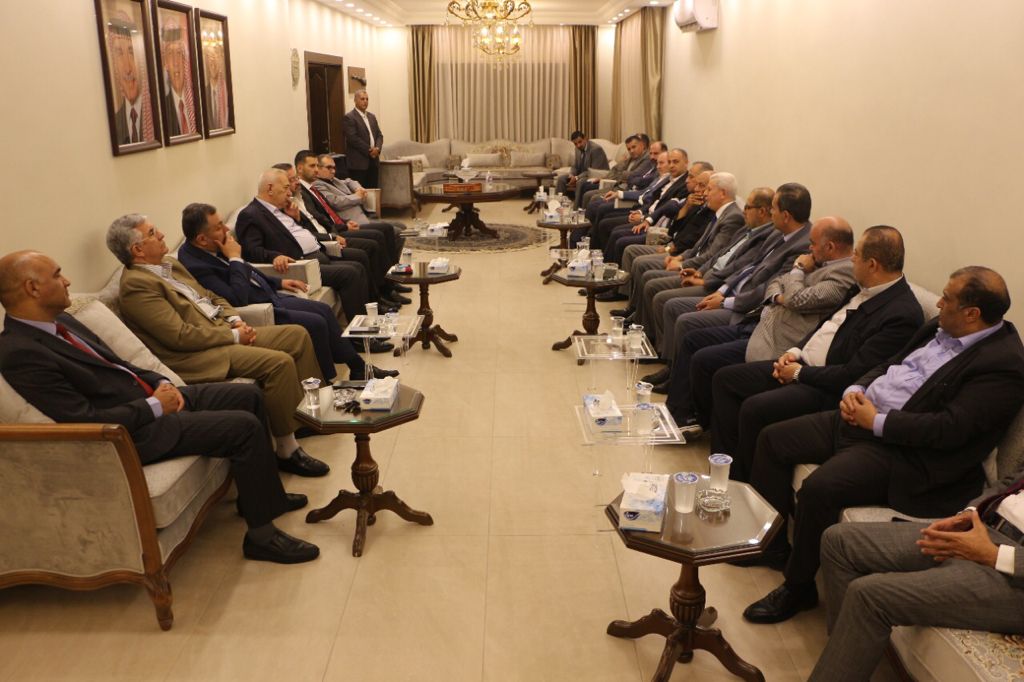 Dr. Yacoub Nasereddin, member of the Royal Committee to Modernize the Political System, said that the committee concluded its discussions regarding the Elections Law, the Parties Law and the Local Administration Law, in addition to the laws related to empowering the youth and women and relevant constitutional amendments. The committee made all possible efforts to meet the objectives His Majesty stated in the letter he addressed to the Head of the Committee Samir Al-Rifai’ on June the 10th, and the direct royal instructions to the committee.

He added during the discussion lead by the media presenter Dr. Hani Al-Badri, faculty member at the MEU, in the presence of Mazen Irshidat, President of the JBA and members of the JBA that the democratic discussion about members’ remarks on the law draft resulted in agreement on many of the disputed texts, and that some of the proposals marked by the head and the members of the committee in the discussions conducted with different politicians, economists, academic institutions, legal entities and media representatives were taken into consideration.

All outputs and recommendations issued by the royal committee is the fruit of hard, diligent working, serious discussions within sub-committees and the main committee, and discussions with different national entities, according to Dr. Nasereddin. He said that there was no previous or ready formula presented to the committees at any point. The members of the committee, he said, were open to all opinions, both supporting and criticizing ones.

This is a new stage of the political and parliamentary life, continued, as the Kingdom enters its second centenary. The conclusions of the royal committee are only a first step in the road of an integrated political system founded on political parties capable of reaching the parliament, who would also be able to form the government from representatives’ majority, according to Dr. Nasereddin.

For his part, the President of the JBA and the participants of the discussion said they believed that His Majesty desires the political system modernization and comprehensive reform to be achieved in the soonest possible opportunity, and that he hopes that everyone participates in decision making through election councils. The executive parties, participants said, must translate the royal vision to practical steps, and national authorities must interact positively with the requirements of the next phase.

The members of the JBA also said that it is important to recourse to the legislations and relevant laws to build the modern system as instructed by His Majesty, contributing directly to returning confidence in the political process and supporting true reform in line with the royal vision.