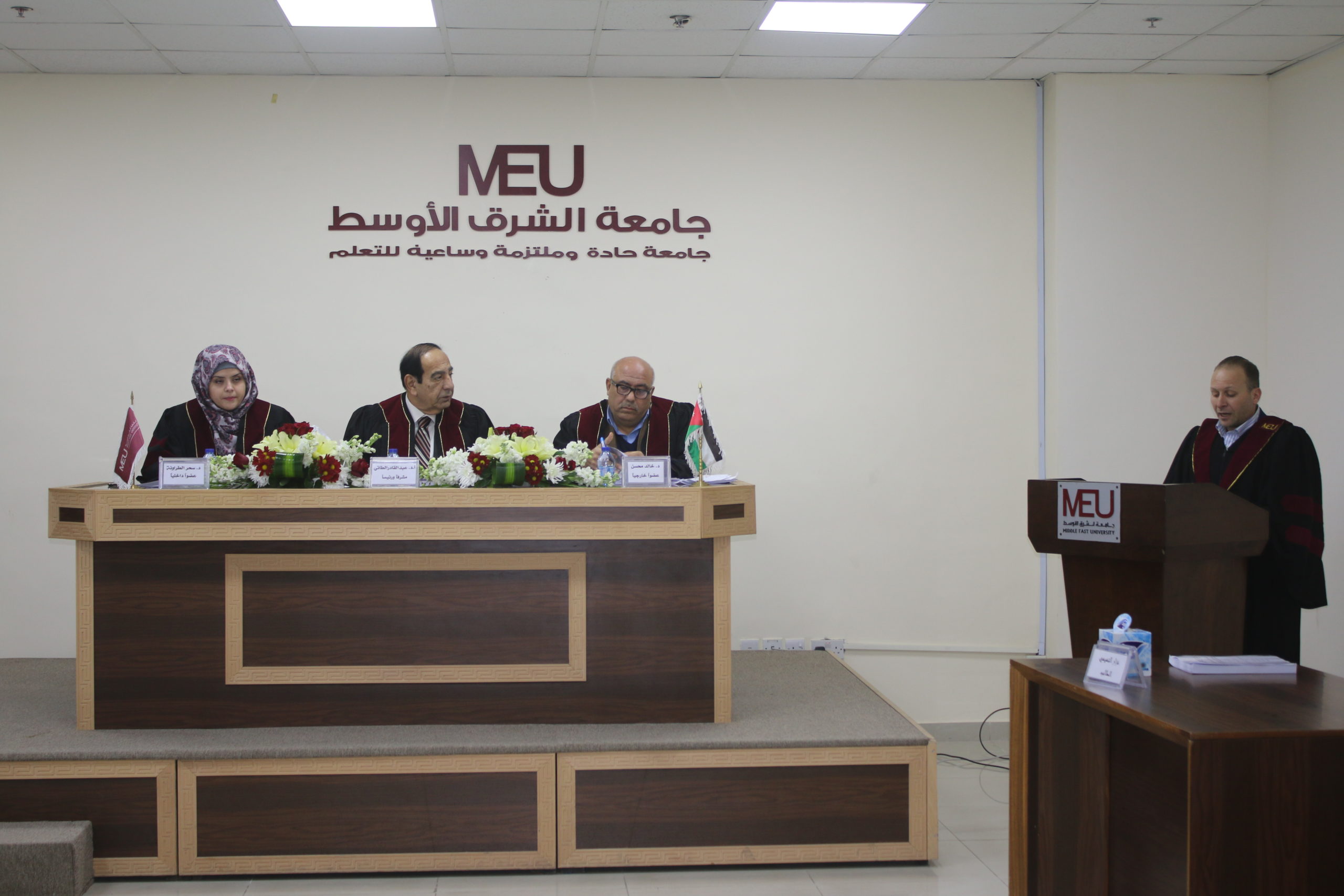 AMMAN – Researcher and Faculty of Arts and Sciences Student Nizar Sameer Mahmoud al-Tamimi defended his thesis titled, “The Jewish Nation-State Law and its Effect on the Future of the Palestinian Cause – An Analysis”

Al-Tamimi’s goal was to investigate the details of this law and the factors that led to its establishment in order to identify how it will affect the future of the Palestinian cause.

The study is based on the assumption that the Jewish Nation-State law will undeniably damage the future of the Palestinian cause and will further hinder Palestinians from being given their lawful rights. Al-Tamimi also illustrated how this law will further harm the Palestinians of the 1948 exodus and foster the continuation of the illegal settlement process. Al-Tamimi also pointed out that this law might finally spur the international community to penalize the Israeli occupation for its continued violation of international humanitarian law.

Al-Tamimi concluded his research by suggesting that the Palestinian Legislative Council should be rearranged so that the individuals responsible for governing the nation can come together under the shared vision of a free Palestine and achieve national unity. Al-Tamimi stated that this is especially important as this is the most important step that the Palestinian government can take in order to confront and contest the Jewish Nation-State Law and quell the existential threat it poses to the future of Palestine.

The thesis assessment committee presiding over this project included Dr. Abdeqader al-Ta’i, Mr. al-Tamimi’s supervisor and head of the committee, Dr.Sahar Tarawneh, the internal MEU evaluator, and Dr. Khaled Muhsen from the Applied Science Private University as the external evaluator.